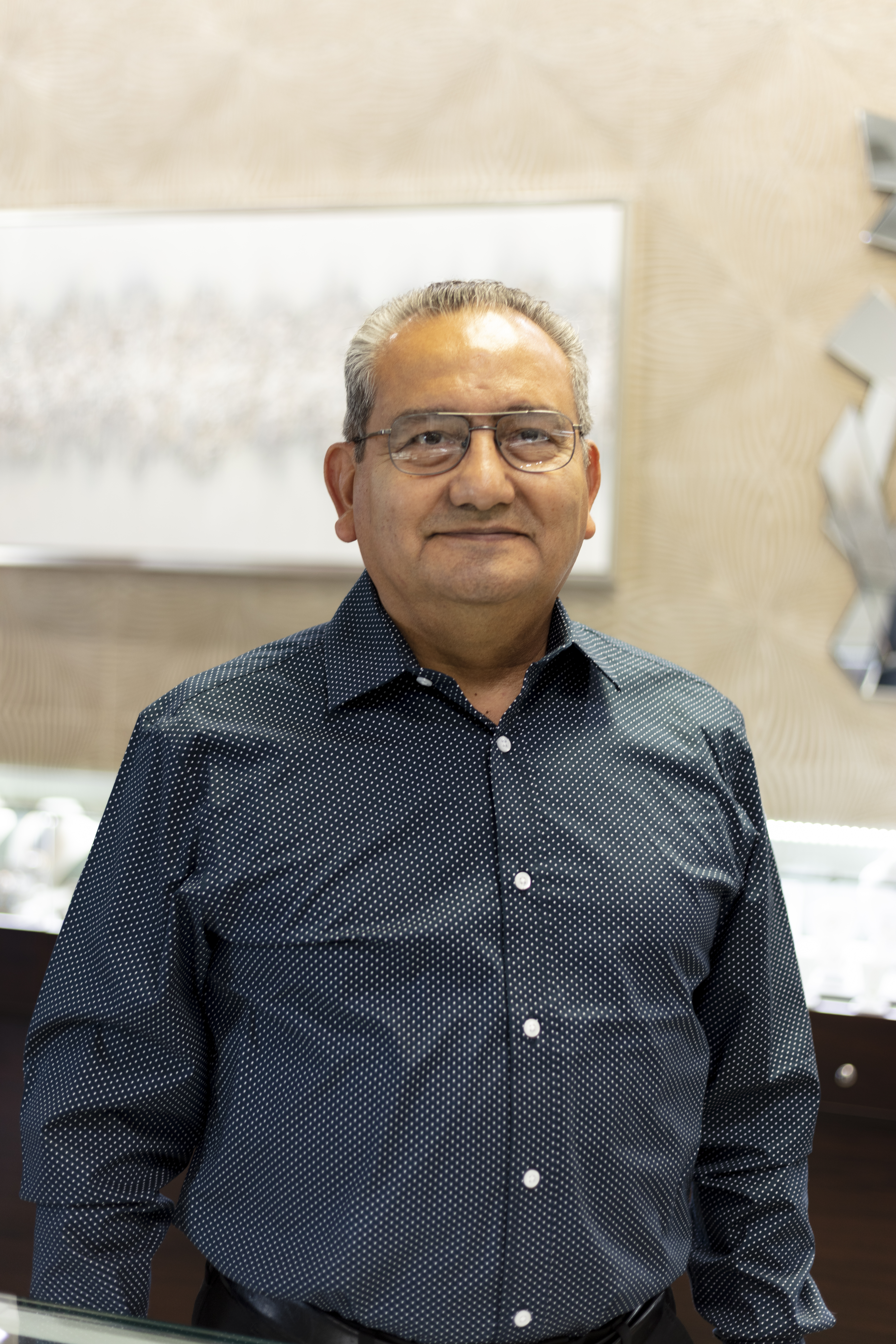 If you have an idea for a custom design, or you need a repair that no one else will even try, come see Ernesto. If human hands could make it, Ernesto’s hands can fix it! Unlike many goldsmiths – Ernesto has an adventurous streak. He LOVES a good challenge, so he’s willing to tackle pretty much anything!

He started at the bench way back in ‘82, in the family shop in Acapulco. It soon became obvious that he had a knack for it. In fact, it was more than that. He was clearly talented! So much so, that it was only 2 years before he had his own store! This caused a good bit of envy among the other family members . and neighboring shop owners who were, shall we say, not so gifted. In their minds, he just hadn’t “paid his dues”…

That tension grew and grew, until Ernesto and his sweet wife decided to come to America. He wanted Utah, but wanted Southern California. As a compromise, they chose San Diego, but it wasn’t long before they decided that was not where they wanted to raise their family, so up to Utah they came.

He started a store with a partner, and did a lot of “contract” work for other stores in the area. The partnership didn’t work out well, and dissolved rather soon. That was in 1994, that’s when he found Jonathan’s. We are very glad he did, and you will be too.

Stranded on a desert island with only one food - Encheladas

Best thing my parents taught me - Respect and Honesty